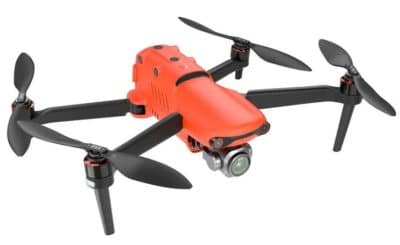 This Autel Evo 2 review looks at the outstanding features of this new quadcopter along with its various cameras. The new Evo 2 drone is … Read more

This DJI Mavic Air 2 review looks at the terrific features, specifications and answers the most frequently asked questions on this latest top drone from DJI. The Mavic Air 2 has a lot of new innovative technology.

Here, in this DJI Mavic Air 2 review with videos, you will get a nice overview of this  latest small drone on the market. Then with precise Mavic Air 2 specifications, you will be able to make up your mind whether this is the right drone for you.. 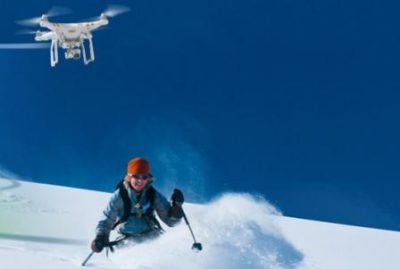 With Follow Me drone technology, the UAV is programmed to automatically follow you around, giving you plenty of opportunities to film unique aerial shots.

At present there are 2 types of drone Follow Me technology.  Here, we look at the technology used in drones that follow you.

Then, we review the 12 best follow me drones on the market right now, with some terrific videos along the way.

We review drones which follow you from DJI, Walkera, Yuneec, AirDog, Hover and more, including Skydio and Autel, which are pretty new manufacturers of tracking follow drones.

Drones that follow you came on the scene in 2016 and the follow me innovation has continued ever since. Generally, drones with follow me GPS mode, also have other intelligent flight systems (Orbit, ActiveTrack, Points of Interest, Waypoints, Circle, Terrain Follow etc) giving you even more flying and filming options. 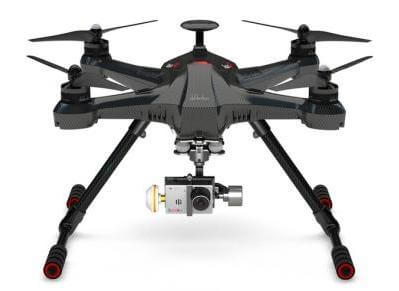 The top drones with 4k cameras reviewed here also have excellent GPS and autopilot systems, giving you many options, when it comes to flying, aerial filming and photography.

Along with great cameras, GPS and autopilot, these drones with low prices have many safety features.

These top drones featured below all have 4k cameras and can be flown by pilot manually or on autopilot. A drone flying on autopilot has big advantages over manual flight.  With an autopilot programmed route, called waypoints, the drone can take aerial photos or video much better than any pilot can.

This is especially true in difficult weather conditions.  A drone flying in autopilot mode is monitoring and adjusting its position thousands of times per second.  Manual flying will never be able to achieve this flight accuracy.

For aerial photography, it is great to let the drone fly on autopilot on a given route, while you concentrate on working the camera capturing the best of video and stills.

Having a drone with a GPS autopilot flight system and a 4k camera is very  essential for aerial photogrammetry, 3D mapping and multispectral imaging in the agricultural sector. 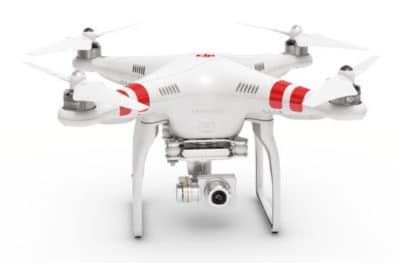 What is a drone and how do drones work is answered here in this easy to understand article. UAV drone technology is constantly evolving as new innovation and big investment are bringing more advanced drones to the market every few months.

Below, we discuss UAV technology on the most popular drones on the market, which have all the latest drone technology.  Most UAV drones will have very similar systems incorporated.

Also included is the latest list of top drones with cameras on the market right now.

Unmanned aerial vehicle technology covers everything from the aerodynamics of the drone, materials in the manufacture of the physical UAV, to the circuit boards, chipset and software, which are the brains of the drone. 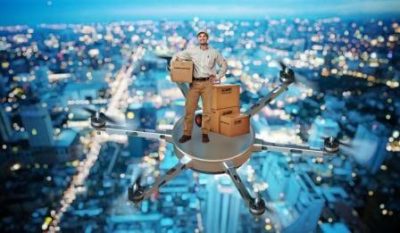 Drones for delivering parcels and all types of goods is receiving massive investment from some really big players all over the globe.

With large companies such as Amazon, Walmart, UPS, Google and other global postal companies investing in drone delivery projects, it is only a matter of time before their drone parcel delivery service goals become a reality?

Will the day come, when we look above and see thousands of drones busily zipping along to deliver mail, parcels, medicine, pizza and any other small to medium sized item? 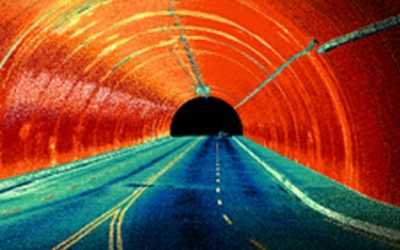 A flash lidar also known as a ToF camera sensor on a drone or ground based system has numerous powerful uses. These flash lidar Time-of-Flight … Read more 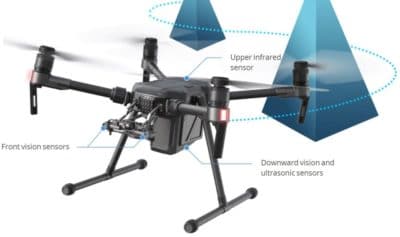 Drones with obstacle detection and collision avoidance sensors are becoming more prevalent in both the consumer and professional sectors. This year, we have quite a … Read more 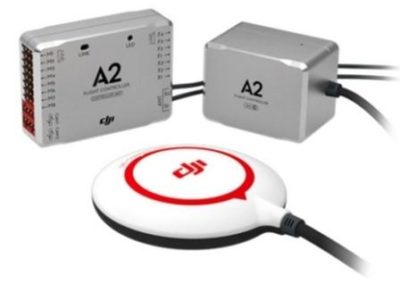 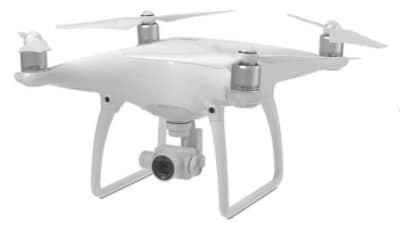 The Phantom 4 Pro is an excellent quadcopter for professional site surveying, 3D imaging of terrain and photogrammetry of structures.

You can read further on these uses in this the article “Introduction To UAV Photogrammetry and Lidar Mapping“.

The Phantom 4 Pro also has many autonomous safety systems such as obstacle detection and smart return to home technology.

This DJI Mavic 2 Pro and Mavic 2 Zoom review looks at the outstanding features of these 2 new quadcopters. Both Mavic 2 drones are … Read more 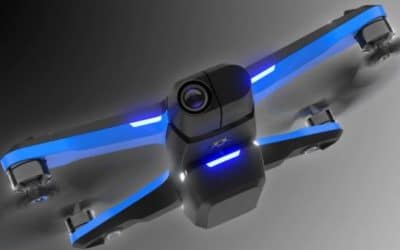 This Skydio 2 drone review looks at the outstanding features, specifications, follow me technology and frequently asked questions on this new drone on the market. … Read more 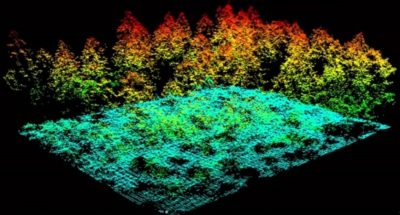 Lidar sensors on UAVs capture imagery which only a few years ago needed an aircraft carrying large heavy lidar sensors and a crew to accomplish.

We feature lidar sensors from manufacturers such as Velodyne, Routescene, Leddartech, Riegl, YellowScan, Leica and Geodetics.

The lidar drones include quadcopters, fixed wing drones, UAV helicopters from manufacturers such as DJI, Harris, Velos, Vulcan, OnyxStar and many more.

A lidar sensor mounted on a UAV, along with the lidar software can process images very quickly in the cloud, allowing for effective decisions to be made by stakeholders and relevant parties.

The output from these lidar drones and sensors is outstanding.  The pace of development and improvement in the lidar sensors over the past few years has been tremendous and will continue with more entrants into this sector.

Over the coming years, we are going to see most of the lidar sensor work moving from aircraft to lidar drones.

We start off this post with the lidar drones being used for the various sensors, followed by how lidar sensor technology works. Then, we look at the best lidar sensors for drones.  Along the way, we have some terrific lidar drone sensor videos. 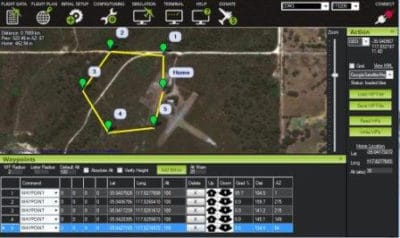 Drone Waypoint GPS Navigation is advanced technology. It is very useful both today and even more so into the future as drones take on new … Read more 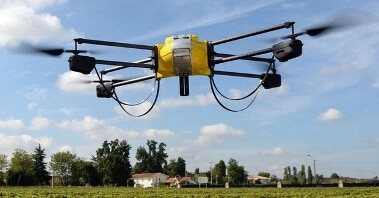 There are many terrific benefits of drones across multiple sectors.  Every week, we read about the new benefits of using UAVs for inspections.

Drones being used in sectors, such as science, agriculture, construction, marketing, archaeology, conservation, the environment. Drones are benefiting search and rescue missions immensely.

They are saving lives, time and money. A couple of years ago, you would only see drone scenery videos on the Internet with very few news items about drones in other sectors. Not any more.

Drone innovation and technology have improved immensely. Combining improved drone technology with existing technology (cameras, infrared, sensors, 3D mapping and software) has given Researchers, Scientists, Universities and Business new avenues for their use.

The drive to seek better solutions to problems is perhaps the main reason why drones are becoming so popular.