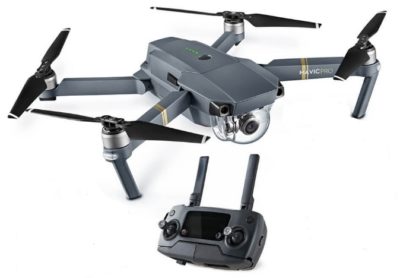 The Mavic Pro firmware update contains fixes to bugs and adds new features to your quadcopter. For these reasons, updating your Mavic firmware to the latest version on the quadcopter, remote controller and battery is very important.

These firmware releases are just as important for the remote controller, the battery or any of the other hardware and software components of your drone. Quite a few of the Mavic Pro updates also include updates for DJI Goggles.

So far, DJI have released 16 Mavic Pro updates since it released this quadcopter.  I have a list of these firmware releases below including the setting and components which were fixed in the release.  DJI are more or less releasing a new Mavic update every month.

There are 2 ways to upgrade the Mavic Pro firmware and the remote controller.

You can update using the DJI Go 4 app or the DJI Assistant 2 app using a computer. You can also update the Mavic quadcopter and remote controller separately.

Below are instructions including videos for updating the Mavic Pro with DJI Assistant 2 and DJI Go 4 apps.

There is another article on how to calibrate the Mavic Pro vision sensors which are very important.  The Mavic Vision Positioning System is for obstacle detection, collision avoidance, flight stability and is also critical for gesture mode to work.

If you are having issues where the Mavic disconnects from the Remote Control or DJI Go 4 app, then read our article on fixing Mavic Pro disconnects. Updating the Mavic firmware is one of the steps.

How To Update Mavic Pro Firmware

Use the DJI Assistant 2 to update the firmware for the quadcopter and remote controller drone at the same time.

Please note that firmware update may reset various Main Controller Settings, such as the RTH Altitude and Maximum Flight Distance, to factory defaults. Before the update, take note of your preferred DJI GO 4 settings, and readjust them after the update to suit your preference.

Follow these instructions to update the Mavic Pro firmware to the latest release using the DJI Go 4 app;

Please note that firmware update may reset various Main Controller Settings, such as the RTH Altitude and Maximum Flight Distance, to factory defaults. Before the update, take note of your preferred DJI GO 4 settings, and readjust them after the update to suit your preference.

NOTE: If you need any components or accessories for your quadcopter, then check out our DJI Mavic Pro parts, upgrades and accessories page.

Here is an excellent video which shows you how easy it is to update the Mavic Pro firmware using the DJI Go 4 app.

The Mavic Pro Care Refresh provides two replacement units for a small additional charge in one year and covers a wide variety of accidents, giving you greater peace of mind. Click on the below link to read the FAQ and pricing.

Below are listed the Mavic Pro firmware version released to date.  It is very interesting to read about the new features which have been added and also various bugs and issues which were also resolved by updating the Mavic software.

Firmware is also an update for DJI Goggles:

Firmware is also an update for DJI Goggles: