Here you can find Walkera Voyager 3 parts and accessories for your quadcopter. Parts include Voyager 3 motors, chargers, ESC, mainboard, bearings, props and more. Let’s take a quick look and remind ourselves just how good the Voyager 3 was when it first came to the market.

The Walkera Voyager 3 was first released at CES in January 2015.  Since then Walkera have now released the Voyager 4 and Voyager 5 quadcopter. The Voyager 3 is a dual navigation quadcopter, which will give you a very stable flying experience.  With a 3 axis brushless gimbal this quadcopter was very stable for shooting video footage and for transmitting realtime video to the F12E remote controller. The Voyager 3 came with a HD 1080p camera and could also be used with the GoPro Hero 3 and 4 cameras. Another great feature was the retractable landing gear, which gave a 360 degrees camera view, allowing the pilot to take excellent still and video.  Here are some more of the features which were in the Walkera Voyager 3.  There is also a terrific Walkera Voyager 3 video review at the bottom from when it was first released.

Now, there are no Voyager 3 drones available but you can still find some parts you need to repair the quadcopter. 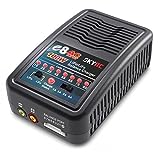 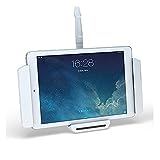 Also, you can find many more parts for your Voyager 3 here.

The Voyager 3 was a fantastic quadcopter. However, the drone today so much better and a fraction of the cost. Check out the latest top drones with terrific Mavic Mini bundles and Mavic 2 bundles now available.

Here is a video which shows the Voyager 3 being tested as a prototype model.